The Boy Who Lived 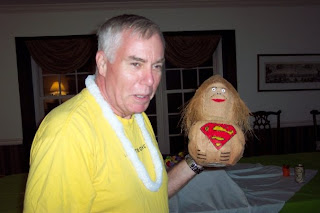 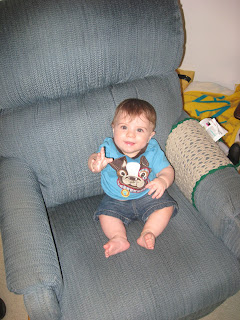 By Saturday evening, we went to a Billy Joel/Elton John concert at the ballpark with some of my high school buddies and their wives. On Sunday, we hosted dinner for some of the friends I used to teach with. Fortunately, by Friday morning, I was allowed to shower, so neither Beth nor our friends had to deal with "soldier bath Dave". If I live to be a hundred, I hope I never fail to appreciate the glorious luxury of a shower.
Two weeks after the surgery, I had a follow-up visit with Dr. Denne, the surgeon, and she seemed very pleased with my progress. She said it would probably take a while before I felt physically up to normal, and when I mentioned that I was walking two and a half hours a day, and had been for about a week, her eyebrows shot up. I must confess, I'm not 100%, even now, but, in addition to the walking, I am riding my bike an hour a day now.
The only remaining concern is my bilirubin count. The jaundice is gone, but the bilirubin count was, last week, at 2.4 mg/dL. Dr. Denne told me that "normal" is around 1, but I was down considerably from my in-hospital level of around 7. She didn't seem overly concerned, and said, as sick as I'd been, it will probably take longer for me to return to normal. I thought this was a much sublter and more sensitive way of phrasing it than, "Dude, you nearly died!" She's scheduled me for another blood test in October, by which time she expects the level will be normal. If not, I may need to have a liver biopsy to see if there's a problem there. Let's hope not.
About a week ago, I got my Blue Cross statement for my hospitalization. The hospital billed $114,368.00; Blue Cross paid $30,879.36 (interesingly enough, exactly 27%), which the hospital accepted as payment in full, so I owe nothing. I'm happy about that, but it says something about the health insurance system, I think. 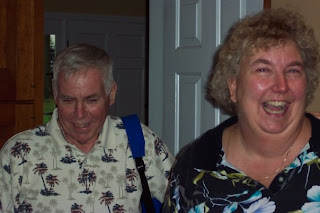 Finally, on Saturday, Beth and I went to a friend's house for, we thought, a barbecue and swimming with a few people. It turned out to be a surprise "Dave Didn't Die!" party. It took a while to understand that it was a party for us, but it was a fun evening. 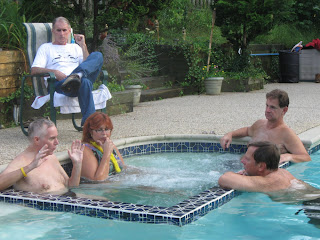